Lorraine Mahoney Estill Master Trainer (Estill Voice Training), CT ABRSM, ATCL, MISM
Lorraine is an experienced and qualified music educator for over a quarter of a century. She has educated hundreds of students in singing and acting. Previous students have gone on to success at institutes including Arts Ed, Italia Conti, Mountview, Royal College of Music, Salisbury Playhouse and Chichester University.

During her Estill Master Trainer studies, she educated a wide demographic of professional singers, including those with West End and professional operatic backgrounds. She has taught across a range of musical styles, including jazz, musical theatre, opera and pop. Additionally, she has professional speech and language therapeutic experience, sectors in which she is active in Wiltshire, providing support and advice for a local hospital’s Speech & Language department. Understanding vocal anatomy and physiologically safe singing techniques is an underpinning factor in her musical and dramatic teaching history.

Performance background: Lorraine has been involved with performing arts from an early age, taking part in musical festivals (dance, piano, and singing), musical productions, pantomimes, and variety shows. As leading lady, she has played roles including, Calamity Jane (Calamity Jane), Dorothy (The Wizard of Oz), Eliza Doolittle (My Fair Lady), Julie Jordan (Carousel), and Maria (West Side Story). She has been in demand as a recitalist across England and has won noted national singing competitions.

Lorraine has toured internationally, including Australasian performances. In 2006, she was engaged by Perth Oratorio Choir (POC) and Perth Concert Band as soprano soloist. Following the success of this initial engagement, Lorraine was re-engaged by POC as soloist for a performance of Handel’s The Messiah, with a similar invitation being issued in 2009. Lorraine has also performed professionally in Belgium, France, Germany and the United Kingdom.

As Principal of Theatre Sense, you can be assured that Lorraine has every aspect of your child’s welfare and education front and centre in her mind. 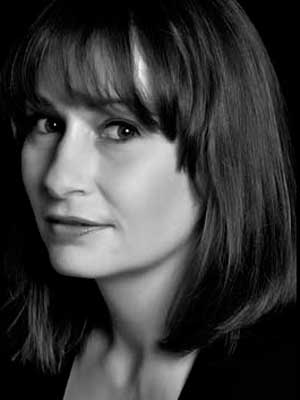 Lorraine Mahoney has developed a reputation throughout the South of England as a lyric soprano specialising in lighter choral soloistic work and leading roles in musicals.